I have found the coolest bone in the body!

It looks exactly like it's name.
(baring in mind, I don't know a stitch of Latin so there could be others)
CUBOID
It's one of the bones that make up our foot.
So many bones to learn ,and if you don't know Latin there are some very strange names;
Greater Trochanter and Xyphoid just to name two.
At least Cuboid gives me a hint of what to look for!
Muscles are pretty much the same.
I was asked the other day if a guy named Terry discovered
Teres Minor and Major.
This sounds plausible to the lay person but again it is more likely to do with Latin
﻿
Posted by Unknown at 10:06 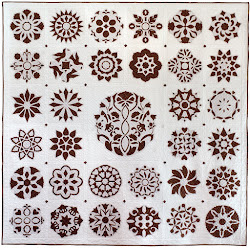 Available as a pattern and greeting card